Labuan Bajo tour is the epitome of journey to the faraway. This is the land of adventure. A gateway to the lair of the dragons, the last living prehistoric lizard on earth. Once the secret is out, travelers from all around the globe start to flock towards this Indonesian beautiful frontier. Nestled in the tip of East Nusa Tenggara, the Komodo National Park boasts a handful of otherworldly adventure. Pay attention, wanderers! Here are 5 majestic things that will left you speechless during your Labuan Bajo Tour! 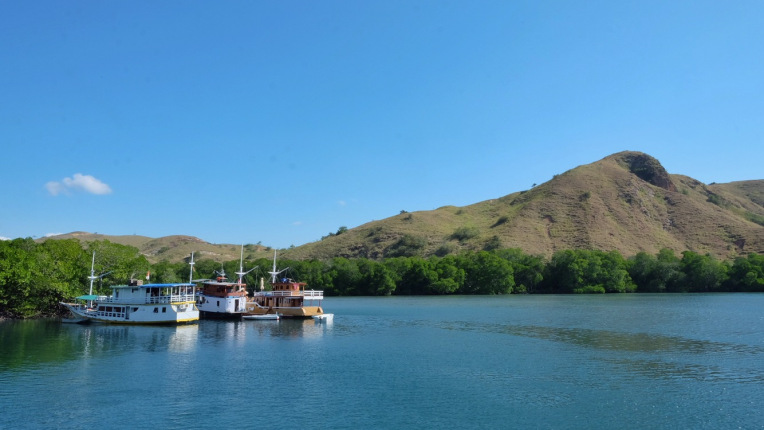 1. The Lair of Komodo Dragon

Seeing the Komodo Dragon in the wild is one of the main reason why people are willing to embark on this journey. You need to sail from Labuan Bajo to reach the island, but what you will not left disappointed. A huge, prehistoric lizard with its scaly skin, stocky limbs, and saliva-dripping jaw ready to greet you. Sometimes they look lazy and languid, but once they move, you will realise how majestic and scary they are.

What’s better than having a beach galore after a thrilling encounter with the Komodo Dragon? A dozen of remote, hidden island spread around the National Park. This means you have plenty of pristine beaches to stop by! Fill your Labuan Bajo tour with island hopping and you will never get enough. Have a picnic in photogenic Pink Beach. Walk in tiny island that entirely consist of sugary white beach in Taka Makassar. Visit all the three coloured beach in Padar. Seeing a gorgeous, unnamed beach peeking from one of the island during the excursion? Ask the liveaboard crew to dock there!

You have seen the rolling hills, the fearsome dragons, and those pristine, unmatched beaches. But have you seen the land beneath the water? In the National Park, the wildlife extends under the water, and they are just as gorgeous. The crystal clear water is brimming with healthy marine life. it’s packed with the graceful manta rays, turtles, pelagic, sea critters, pigmy seahorses, underwater pillars, and thousand of other species.

Located right in the coral triangle, the underwater world of Komodo is one of the best in the world. In fact, many travelers venture far to this frontier mainly for exploring the vibrant aquatic life. And if you are not pretty skilled for diving, don’t worry. You don’t have to skip Komodo’s underwater world in your Labuan Bajo tour. Opt for snorkelling, as even the non-swimmer can see the beauty of Komodo’s seabed by the help of life jackets.

4. The Land of Thousand Bats

If diving, beach galore, and underwater exploration cannot satiate you. the Bat Island definitely will. Just as the sky turns orange, take a stop for a sunset just few meters from the Kalong (a.k.a bat) Island. This island consist entirely of mangroves, so thick that you cannot see the ground beneath. It’s completely inhabited except for a kingdom of flying foxes, hanging from the mangrove twigs. As the sun sets and the sky begins to change colors, hundreds of screeching bats rise from the island, migrating to the neighbouring island for food. This is a moment when you want to grab a cold beer and just absorbing the whole scenery. A real life Nat-Geo wildlife scene is happening just before your bare eyes.

5. A Village Right from Stone Age

Transport back to the megalithic era in Wae Rebo and Bena village, where time seemingly stop since 1.200 years ago. People are living in their traditional houses, smiling with red mouth from betel nut chewing. Observe the megalithic formation in the middle of village, where villagers are communicating with their ancestors. The grannys are famous for their exquisite traditional Ikat weaving, make sure you have one to bring back home. Sleep in one of their houses, turn off your phone, and forget the outer world. These villages are definitely a must stop in your Labuan Bajo tour itinerary.