Komodo Island, an island where the last of the dragon is living. Actually, there are now about 3.000 of the dragons that are spreading in some islands in the province of East Nusa Tenggara, Indonesia, but many of the travellers are making the Komodo Island as the first stop to monitoring them directly.

Travelling is also to see how we are creating our own memorable moment. We are remembering things we want and need. Some of the moments are forgotten over times and the rests are remaining in our life. So that, in this post I will gladly to show you some of the things you’ll be miss about the Komodo Island.

The 5 things I’d like to talk about are mostly for they who had been traveled to Komodo Island before, but if you have never been paid your visit, they will also good for you so you could experience about the things at their best.

1. Monitoring the Komodo dragons before your eyes 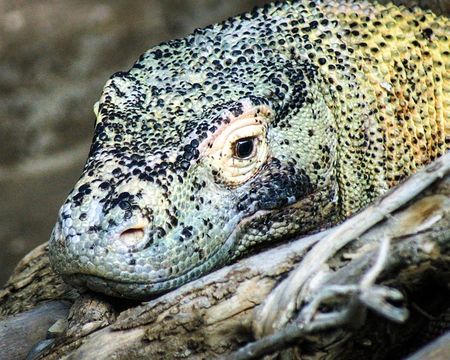 I think, this first thing will also be the first reason why there are many of the travellers keep on visiting the Komodo Island since the main of the attraction for the visitors is watching the Komodo dragons. You may could see the dragons in the zoo at your own country, but you might will never feel the adventurous as you have experienced in their own original habitat. Just about 5 meters or more before your eyes in the wild and without any borders.

2. Using the traditional boat to get to Komodo Island

Travelling to Komodo Island mostly will required you to go to the city of Labuan Bajo first, as it is the place where the nearest airport is existing. It is the main entrance for your Komodo Island adventures. And to get yourself from Labuan Bajo to Komodo dragon Island, then you may will finds yourself boarding on the traditional boat. Many of the tour operators will be providing the boats so you could reach the destination. No more flight you need since you have arrived at the last airport. On your way to the island, you will be spoiled with the scenery of the cluster of the islands that sometimes looked like the arid and uninhabited islands.

There is also one of the Komodo Island tour package named as the Komodo Liveaboard that providing you the traditional boat yet luxury to experience the better way for exploring the islands.

3. The rare of the pink sand beach

What makes the pink sand beach will be missed? One of the reason for that surely because of its rarity. And you have known that you could enjoy yourself at the Pink beach at Komodo Island. Not every countries in the world has the same thing when talking about the beach uniqueness. It is not a trick of the eyes or the light, it is from the microscopic organism called as Foraminifera that actually has the reddish-pink shell. And you’ve known that the sand is a mix of the coral, shells, and calcium carbonate, right? I am not being a nerd in here, but that’s how it is formed to shows us the magical things we have ever seen. Don’t you miss such a beautiful thing?

4. Hospitality of the local people

Things to be followed by us from the people around here are their friendly and kindness, and how easy for them to put a smile on their faces even for a totally stranger. I know it might sounds weird for smiling to the new guy, but they were looked like they are welcoming you in peace and as if they were telling you that you are fine in here.

One you will be missed is actually the diving or snorkeling activity as well. But since they are not for everybody, so I think I won’t included into the list. But trekking mostly will be done by everyone. And that’s how you will meet the Komodo dragons. The magical scene on top of the hills are also outstanding. Many people were even waiting for the sunset up the hill plus the panoramic view of the surrounding islands. What a beautiful thing to miss.

There may also many things you will miss after leaving the Komodo Island for your country or state, but the above lists may also be the most beautiful things which will always be remembered.